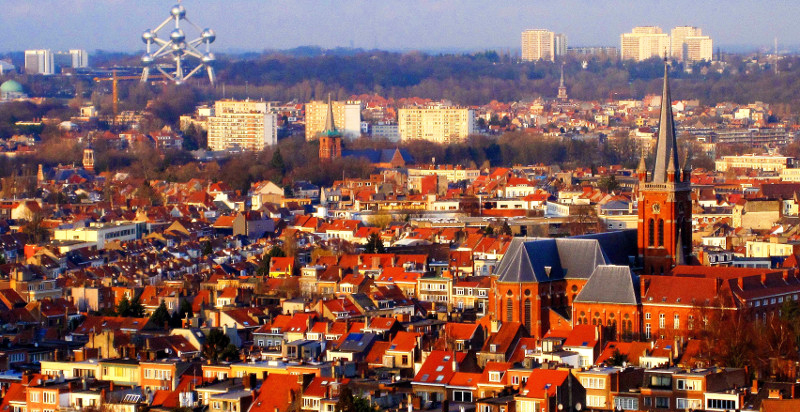 Travel to the Kingdom of Belgium will show the true level of European prosperity. One of the three Benelux countries attracts tourists Gothic monuments, is not inferior to them in popularity tapestries, lace, chocolate and fine cuisine. On the territory of the Western European states passes the famous Grand Prix "Formula 1", and a large part of the tourists attracted to diamonds, because the choice of precious stones really fantastic.

For a detailed acquaintance with the prosperous Belgium the best option – it is to rent a car. Even a short holiday, this service is able to turn in a better journey when convenient can be even more useful and profitable.

The cost of fuel in Belgium is one of the lowest in this part of Europe, which makes car rental profitable!

So, if you have the right international standard, and you turned 21, then nothing will prevent use of the service. To execute the contract still need a passport and a credit card as payment in cash is not possible. Be sure to specify the place where at the end of the lease you must return the car. And do not lose sight of such nuance as the fuel level: it must be the same as that of the contract and at the time of car rental, otherwise we will have to refund the difference.

In some cities of the Kingdom, you can rent a car at the airport. This service will be available to those who arrive in:

The services for those wishing to rent a car in Belgium are ready to offer the following companies:

The average cost of a car rental rates for the different classes:

The speed limit on the roads of Belgium

As in other European countries, road safety is given the strictest attention. Terms speed limits in Belgium are similar to common European rules

During a trip to the Belgian roads should be not only a speedometer, but also for traffic signs, speed limits prescriptive.

Rules and penalties for infringements

To avoid violations and penalties, sufficient to observe the rules. When serious violations of the amount of the fine could be significant, especially since local services entrusted to keep order on the roads, carefully carry out their duties, using surveillance cameras. Belgian road – this is not the place where you have to take chances, because many areas are equipped with automatic radars.

If we talk about the rules, they are not much different from those that operate in other EU countries. Taking advantage of renting a car in Belgium, must be considered:

All kinds of violations of traffic rules in Belgium is divided into four categories – from minor to serious, and they are followed by penalties:

Belgian law enforcement officers on the roads, and can do right away, if it is recorded in case of severe violation of traffic rules.

Speeding is a separate category, which for exceeding:

Belgian policemen are allowed to charge a fee to foreign nationals on the spot and in cash if its size in the range of 100 euros. In any case, do not attempt to negotiate to avoid a prison sentence.

In Belgium, there is no practice test for alcohol or drugs. Only in the event of an accident the police can do the test if the result is positive, the driver automatically becomes the culprit traffic accident or an accident.

The leased car will require to consider the question of insurance. A standard set of proposals includes three options:

The premium for the insurance contract will be acceptable sum, because the availability of insurance for the driver will be a reasonable solution and the key to peace of mind.

The cost of fuel at petrol stations in Belgium

Part of the development of the country's roads are modern refueling, offering two options for fuel: unleaded gasoline and diesel fuel. In addition, provision and gas fueling.

A large number of petrol stations eliminates the problem suddenly run out of fuel during the trip. Automatic operation and payment by credit cards – this is a feature of local gas stations, as well as the fact that the cost of fuel is the same throughout the country in view of the fact that price control is engaged in the government.

Prices for the different types of fuel in Belgium:

In most cities in Belgium Car parking – paid. Parking ticket payment can be taken in a special machine and mounted on the windshield. If there is a sign Axe Rouge (Ax Rode), the parking lot will have to find another place in between 07: 00-09: 30 and 16: 00-18: 00 local time.

Park for free, but no more than 3 hours, it will turn into a "blue zone". To do this in advance at the gas station, in a tobacco shop or at a police station must purchase a parking disc.

For parking space for the car does not have to pay on Sundays, holidays and at night (18:00 to 9:00). Some cities have underground parking, where the size of the payment below.