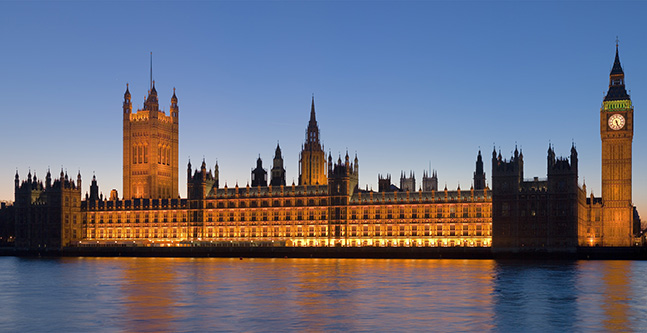 Rent a car in Velikorbritanii

Basic prices of car rental for 7 days in the UK

The country that always wants to visit – Great Britain. It is interesting to tourism and other points of view. The best way to look at it from the window of the rented car, but not immediately say that the movement here will have to get used to, because it is different from ours. Left-hand street and highway, interchanges with roundabouts – everything here is difficult enough, but to master, you get to enjoy the views outside the windows machine, stop at interesting places and prepare your itinerary depending on the mood and plans.

Arrival in the country by plane, the easiest way to take a rental car at the airport. The main air gateway of the country was and remains London Heathrow. Airport – is a city within the city itself, it is the second in the world and first in Europe when it comes to downloading. Only 24 km (15 miles) – and you can get in London itself. International companies offering cars for rent:

There is also a so-called rolling brokers – companies BookingWorld and Nova Car Hire, as well as notorious in other European countries, Economy Car Rentals, and Instant Cars.

The cost of the machine that you want to select in the UK, will vary on many factors: the search terms, the city, the time and the class of the car. The most beneficial to start work on the choice of the machine in two to two and a half months before the date of travel in England, because that way you can "catch" advantageous from a financial point of view the proposal. Here are the approximate prices for cars of different classes.

The final cost of a car rental is different, everything depends on the place where the car is taken and the driver's age (in many cases, young drivers will have to pay a little extra), and the number of days.

Important information: UK phone number at which an emergency call is not the same pan-European 112. If something happens, you need to dial 999.

To rent a car in the UK, you must have an international driving license. Driver's age – not less than 21 years of age and driving experience – a year. If the rental is taken of luxurious cars or SUV rental company will put more rigid requirements: age 25 years, and the minimum driving experience – three years.

Immediately worth remembering that in this country limitations as soluble indicators listed in miles and not in kilometers. There are other features of the motion:

But to the radar detector in Britain are loyal. They are not officially banned. Also, look through your fingers to the absence in the car first aid kit and a fire extinguisher, but still recommended to check their availability for their own peace of mind.

The speed limit on the country's roads are set at:

The fines for various violations

England is considered sufficiently rigorous country for drivers. So, it is important to remember that a foreigner who has violated the traffic rules, will pay the fine here and now or leave police bail in the amount of 300 £. The blood alcohol content is limited to 0.8 ppm. Here are some of the penalties:

Important: If the driver is intoxicated, the police have the right not only fined, but also take the driver's license. Forfeiture of the year – a questionable addition to the drunk, because it is recommended to abstain from alcohol, so as not to spoil your trip.

If you rent a car took the tow truck, then you have to pay the bill at £ 350, moreover, to lose a fair amount of time on the registration of all securities.

Insurance question: from which to defend themselves in the UK?

The price of the rented car in the country. As in other European countries, already included standard insurance packages – theft (deductible), damage (deductible) insurance. Also, it includes:

According to the types of insurance to the driver should be aware that:

If we talk about non-standard capabilities that make life easier for travelers, here they are:

Fuel, refueling and toll roads in the United Kingdom

Since the movement across the country necessarily linked to the need to refuel the fuel tank (which, by the way, is always full at the time of handing over the keys representative of the company-lessor) at the gas station offer 95 and 98 unleaded petrol and diesel. It is important that the amount of fuel allowed to be transported in cans, but not when on your way is the ferry.

Feel first hand the quality of road surfaces – is a delight after our roads. And for fun, as you know, have to pay: for example, on the highway M6 near Birmingham payment for toll highways for passenger cars will be quite modest sums:

There are in the country and pay tunnels and bridges, the most famous and breakfast which is the tunnel that passes under the English Channel. Its length is 51 km, and the tunnel is often included in the travel route of curiosity. The cost of this trip:

Conventional tunnels and bridges in the country, travel in which an extra charge, the budgetary cost road tour – travel often no more than two pounds.

Important: for entry into the center of the British capital of London will have to pay when moving around the city is planned for the period from 7-00 to 18-00 on weekdays. It is necessary to prepare a £ 10 a day on London Congestion Charge. Barriers, oddly enough, is not here and pay your fare to the center of London is necessary or in advance or on the day of travel.

Parking in the city of Great Britain

With parking in the country the situation is difficult, but it is worth remembering that to leave the car where it is necessary – not an option. A sufficient number of paid parking on the outskirts of cities and allows to plan the movement. There are two parking options:

If you decide to stop at the edge of the road, pay attention to the color markings. One yellow line represents the opportunity to stay for a couple of minutes to disembark passengers or to plant, no more. But if the two yellow stripes, and even more so if they are red, stop and park in this place is strictly prohibited. The approximate cost of parking in London is 2 pounds per hour up to 3 pounds for 10 minutes in the city center. In other cities, parking is cheaper, and find a place will be much easier.