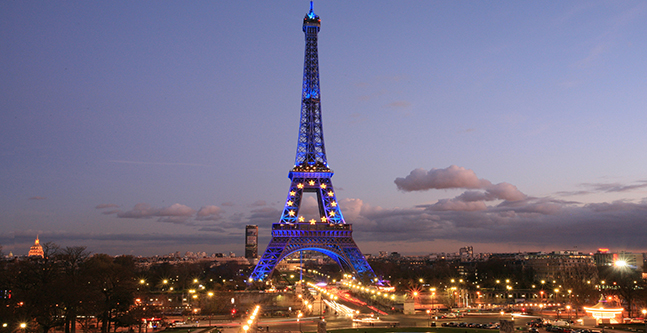 France is a country which can provide you with a rest suited to every fancy. Having rented a car, it is possible to plan an interesting trip and do not anyhow depend on tour agencies. Having received the keys of a mini car or luxury one, it is possible to discover France. At that you can do it in such an order as you will wish. Car rental is ‘louer une voiture’ in French. It is best of all to start looking for a car you need within one and a half or even two months before the start of your trip. This variant is more profitable than hiring a car on site right after arrival in France.

On average, a C class car with the insurance and in-car navigation system will cost you from 60 till 70 Euro per day. The cost of a mini or economy class car ranges from 30 till 40 Euro per day.

All French roads are good and you cannot be afraid of renting a car with a low clearance. It is also extremely convenient to drive a car in France since the so-called holiday routes are located in the country. They are earmarked for steering around possible traffic jams on highways. The situation on the roads is considered to be the most difficult during the second and last weeks of August. This is because most of the French prefer to have a holiday at this time of the year.

In order to hire a car, you need to:

People who have a right to drive a car in France shall be at least 21 years old. However, a driver, who is younger than 25, will have to pay the so called ‘young driver charge’.

If the driver needs additional services and devices such as a child seat, in-car navigation system, funnels, roof racks, he needs to inform the rental company about it beforehand. In France, you will get a car will a full tank. You are obliged to return it with a full tank as well. In the event of short rent, there is an opportunity to return a car to the representative office of the company in another city without having to pay additional money for this. In the event of long rent, this question should be ascertained beforehand.

The following companies work on the territory of France:

The cost of car rental in France depends on many different factors. The first factor is the class of the car, the second one is the rental term and third factor is the season and region. It is clear that the rental cost of the car in Nice during the high season will be higher than its cost in Paris in the late autumn. However, the average prices are the following:

Cabriolets which let travelers enjoy sunny days are popular in the country.

Like any other European country, France is a territory where strict regulations are in force. The violations will definitely result in fines. At that the sums of fines are significant. There are some road traffic regulations necessary to be observed:

Concerning the fines, the French policemen are entitled to give them on site. Do not try to agree with the French police officer. This will turn into extremely bad consequences. There is no other way except from paying the fine for the committed violation. There are some of the most widespread fines:

Some roads in France are paid. It means that a definite sum is charged from every car. As a rule, the payment for the road can be made in cash or by credit card. Such roads are called ‘Autoroute peage’. The sign informing about these roads is on ordinary letter ‘A’ on the blue background. There is a small list of toll roads:

The cost of driving through these roads ranges depending on the season, car and number of people. There are also seasons when mountain tunnels are closed.

The speed cameras are installed all over France. They automatically control the observation of speed regimes by drivers. There are no warning signs on the road today. At that the function informing about the nearest speed camera shall be turned off in the car.

At the daytime, the dim light ought to be used only in the event of bad visibility. The dim light is obligatory when driving through the tunnels. There are also two signs necessary to be observed. They both are related to the necessity to free the lane. These signs are ‘Vous n’avez pas la priorité’ and ‘Cédez Le Passage’.

Standard insurance packages offered when hiring a car in France are:

The standard franchise is equal to from 500 till 1500 Euro. However, you can acquire the full insurance package with a zero franchise and do not think about money in the event of various circumstances. Such an additional insurance policy can be purchased on our website. Then you will not have to pay additional money when hiring a car in France.

The standard fuel applied for rental cars is fuel 95 and fuel 98. The oil fuel is called ‘sans plomb’ and the diesel fuel is called ‘gazole’. There are a large number of fuel stations in the country. There are the ones which work from 08:00 till 22:00. In all large cities, there are automatic fuel stations which work 24 hours per day. The prices for fuel are the following:

Where and how to park a car in France

There are many equipped car parks in France. Problems with looking for a parking lot can occur only in the most popular tourist zones. As a rule, there is a parking meter near every parking space. The parking meter is called ‘horodateurs’. It accepts only cards. The cards can be purchased at a tobacco shop.

The time when you can park your car at the parking lot for free is from 19:00 till 7:00. Parking is always free on the weekends and on holidays. In August, when the French tend to have a rest, the car parks are free practically all the time. If you need to park a car for more than one day, you had better look for a suitable parking lot beforehand. This is because parking a car for one day or more is not allowed everywhere. You can book a parking place beforehand when coming to Paris. To do it, use the services of the website www.parkingsdeparis.com.

Parking lots are differentiated by color:

All places where paid parking is possible are marked with a special sign P or ‘Payant’.