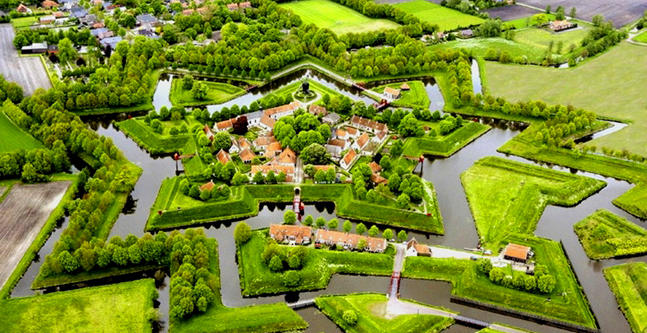 Rent a car in the Netherlands

Car rental in the Netherlands: the nuances and rules

Netherlands – a small country in western Europe, on which we travel with certainty suggested by car. And not to be overcome by car a long way, it is possible to hire immediately after arrival. Inside the airport terminal located in the offices of:

Order cars these landlords is most convenient, because you can get behind the wheel just before you exit the airport and go where your heart desires. Return the machine also will not cause difficulties – reaching, will only need to pay, get out of the office and go to the registration for your flight. Huge indoor parking rolling car at the airport of Amsterdam is located a hundred meters from the main exit. The situation with the parking lot for rent at other airports in the country looks almost the same.

Want to save? Then you can rent a car at one of the companies whose offices are scattered around the city. More often than not from the airport to the office of the lessor provides a free passage, but such deviations from the route still cause some inconvenience. An advantage of remote companies is only cost – it can be a few percent lower than the distributors at the airport.

With regard to the terms of the lease, then no particular innovations in the Netherlands, you will not find: sign the contract can only be the driver, aged 21, who has the right international standard. You'll also need to provide payment card, and in the case of pre-booking (recommended) – the voucher for payment.

How much does a car rental in the Netherlands?

In the rental price of the machine influences brand-class seats and other objective factors. Going to the Netherlands, it is important to take into consideration the fact that the high season begins in the spring, when tourists from all over the world come to see the tulips bloom in the garden of Keukenhof and lasts almost the whole summer. The "hot" time prices are also rising. In addition, you may also require a deposit for the car. The presence and size of the deposit amount depends on the selected insurance scheme.

In principle, the rental car in the Netherlands can not be considered the cheapest, but profitable options here very much. One week travel on its four wheels will set you back by 140 euros, which is much cheaper purchased tours and guided tours.

Average prices for rental cars in the country:

Selecting vehicle class is, of course, you, well, we recommend a ride on the Netherlands by car convertible – in the hot summer of pleasant breeze from the North Sea refresh you better than any air conditioner!

In the Netherlands, there are close to European standards of speed limits, differ from each other depending on the availability of the trailer and vehicle weight.

It acts as the minimum speed limit on motorways – 60 km / h. For failure to comply with a fine of 360 euros. For high-speed mode "watch" special fixed cameras, which take pictures of vehicles that violate the rules. In addition to these devices, 12 major highways are velocity measurement system in the long run. If the system gets information about exceeding the maximum allowed, the driver will be obliged to pay a fine.

The permitted speed of 130 km / h on certain sections of highways changed dynamically. We strongly recommend to follow the information on the electronic scoreboard.

Another feature of the drive on the Dutch roads – they are absolutely free! The fee is charged only for the passage through the main tunnels – Westerschelde and Kiltunnel. The price of one intersection depends on the type of transport and varies from 2 to 18.2 euros.

The different traffic rules in the Netherlands

Globally – nothing. Banned loved by many radar detectors drivers of our country: to find such a device in the cabin, the police has the right not only to impose imposing the fine, but also to remove the radar.

The table lists the most common traffic violations and minimum penalties that can be paid on the spot. According to the decision of the police amount of the fine may be increased and in this case it will be paid for by the court.

Thus, violation of traffic rules in the Netherlands threatens to deprivation of a round sum, so please stick to the rules even if you think yours should neither camera nor the police!

Car insurance for the duration of the lease

The Netherlands has the usual insurance scheme, which is essentially different from the familiar to us only the name:

Retail fuel prices in the Netherlands is determined daily and is dependent on the retail prices of major oil companies (Shell, BP, Esso, Texaco and Total). For every gas station you can fill Ongelood unleaded petrol 95 and 98, diesel and gas LPG. Average prices in Euros:

Where to park in the Netherlands and how much does it cost?

Let's start with the fact that parking is strictly prohibited near the yellow or black and white borders. The penalty for violation of this rule – 90 euros. You also have to wait to remove the wheel lock or worse – take transport to the penalty-area, which will be asked to also charge for parking.

Generally, parking fees in the Netherlands is considered to be the highest in Europe, but despite this, in large settlements can be difficult to find a comfortable spot. Here are your options:

As for the cost of parking in the village center in the Netherlands, it depends on the area and waiting time varies from 3 euros for 15 minutes to 30-45 euros per day.