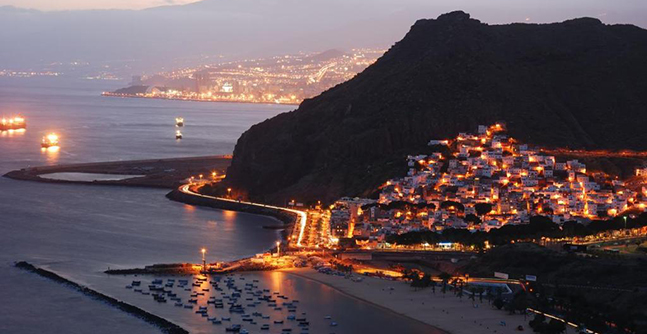 In this section, you will learn useful information about the peculiarities of car rental in Tenerife. Please, take it into account in order to avoid problems.

Tenerife is a Spanish island which attracts travelers from all over the world. The island is characterized by fascinating beauties, amazing views, a warm sea and special microclimate. It is pleasant to have a rest here at practically any season of the year. In order to make your rest really unforgettable, you ought to consider hiring a car. Despite the fact the island is not big, you always have where to go and look for new adventures.

According to the conditions of the companies working on the island, in order to get a car, you need to provide an international driving license, as well as a credit card on which the sum of the deposit for the rental car will be blocked. The lowest age limit for the driver is 21 years old. The driving experience ought to be at least 12 months.

In Tenerife, there are several airports. The companies which rent out cars work at the terminals of the South and North airport. It is a wonderful idea to come to Tenerife and start travelling around the island by car in an hour. This will let you not wait for the public transport and reach the hotel or villa as quickly as you have planned.

The average prices for different classes of cars in Tenerife

Many people prefer to rent small economy cars on the island. It is comfortable to drive them, and the amount of money you can save on fuel can be significant. However, convertible automobiles are also in great demand since Tenerife is a sunny paradise.

Important! If you cannot return the car on time for any reasons, you had better warn the company about it as soon as possible. Otherwise, your car can be put on the wanted list and this can result in extremely high troubles.

There are many toll roads on the island. Everything is so perfectly arranged that even those who enter these roads for the first time quickly understand what is what. The cost of driving on these roads can vary depending on the kilometer performance, time of the day and other factors. However, the cost is not high in any case.

The speed limitations which are in force in Tenerife are identical to the whole Spain:

The warning system is perfectly developed on the island. That is why you can easily be stopped by the policeman. At that he will provide you with the documentary confirmation of the violation you committed a few kilometers before. The speed cameras are installed everywhere.

Concerning the blood alcohol level, the limit for the drivers whose driving experience is less than 24 months is 0.3%. The blood alcohol level of all other drivers shall not be higher than 0.5%. It is impossible to imagine a holiday in Tenerife without a glass of good Spanish wine. But if you do not know when enough is enough, you had better avoid drinking at all. The fine for drunken driving is 500 Euro.

The strict regulations are in force in relation to the safety belts. Everybody shall fasten the belts, starting from the driver and ending by the passengers sitting both on front and on rear seats. There cannot be any excuses. Children whose height is lower than 150 cm shall undoubtedly sit in the passenger compartment in special child seats. The car rental company will be glad to provide and install these seats if you ask to do it beforehand. This service is most often paid and is not included in the rental cost. The fine for the unfastened belt is 200 Euro. The same fine shall be paid for talking on the mobile phone without a hands-free device.

Where it is possible to fill the car with fuel

The prices for fuel on the island are the following:

There are quite many fuel stations on the island. The Gasolineras Texaco fuel station is considered the cheapest one. You can buy snacks and soft drinks at practically all fuel stations. This will let you refresh yourself and enjoy the wonderful sights of the Tenereife suburbs.

There are enough marked parking zones on the Island. At that there are no large metropolises with regular traffic jams Brownian movement of thousands of cars. Parking a car here can be paid and free. Everything depends on the time. There are the zones where you cannot park your car if you do not have special permission. In very deed, everything is not so difficult. Such permission can be purchased at any tobacco shop. Underground car parks are also very popular on the island. They are equipped with special visual display units. Looking at these unites, you can undoubtedly learn whether there are vacant places at the parking lot or you need to go further to find a parking place for the rental car.

You are extremely not recommended to park a car at a place where the restrictive sign is installed. There is its own evacuation service in Tenerife which perfectly works. It is an interesting fact but you will not be given a fine for parking a car in the area where it is forbidden. But you will have to pay quite a significant sum of money to get your car back from the auto impound. The most serious violation of parking regulations is to park a car at the place earmarked for the disabled. You will be given a fine equal to 200 Euro.