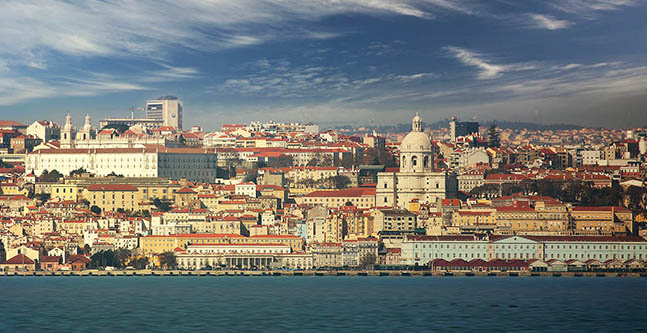 Rent a car in Lisbon

Rent a car in Lisbon: the price for 7 days

The Portuguese capital – is the city where car rental is more than justified. The city on seven hills – the second name of Lisbon – explains why the geographical features and the best means of transport is the car. Beautiful promenade along which should definitely ride if planned a trip to Lisbon, the cathedral and ancient buildings, the longest bridge in Europe, the aquarium and the statue of Christ – all of this will be seen even within a short drive. Suffice it to plan routes and book a car over the Internet, ideally a couple of months, especially if the trip is planned for the high season.

Rent a car will be available immediately after the landing of the aircraft, because many local and major international car rental companies are willing to give the car keys at the airport.

International Driving Licence and a bank card with a certain amount in the account to freeze – this is the basic conditions for car rental. Nuances can relate to those who have little experience of driving or 21 years of age, in which case the standard procedure would increase the payment by "tax on young driver." As for the other niceties of tourists with children, which necessarily require additional equipment, and not to lose time searching and waiting, it is better to book rental cars in advance.

Under the contract rent rental companies already include points about insurance options. As elsewhere, when renting a car in Lisbon, the client will offer a standard package including insurance against fire, theft and liability to third parties. Portuguese drivers are not included in the list of the most disciplined, so make yourself feel better to buy a complete package with a zero deductible, and carefree enjoy the journey.

The largest air gateway of Portugal located in the north of the capital, the status of international airport allows us to serve more than 13 million. Passengers per year and to offer them the convenience for all possible types of service. One of them involves the selection of firms for car rentals at the airport Portela, the list of which is wide enough:

Most of them offer rental cars of various classes and brands, so the choice is limited only by the wishes of the client.

The average price for a car rental in Lisbon

The cost of the desired car class will also depend on how it is booked in advance. Choosing one and a half or two months before the date of the tour in Lisbon, you can find car class higher than planned, due to the interest of price proposals from European or local companies.

The rental price including insurance, but the navigation system or additional roof rails for sports facilities will have to pay extra. The same goes for child seats when traveling with his son.

A ride on the roads of Lisbon, without breaking the rules

Special requirements in addition to the traffic rules in force throughout the country and Europe, the Portuguese capital is not. The driver need not break the speed limit on city streets does not exceed the 50 km / h. Outside the city controlled cars get faster, as here permitted to travel at speeds up to 90 km / h.

Among the standard requirements, observing that will avoid the penalty, as follows:

Important! In case of violations traffic police in Portugal are allowed to collect fines on the spot.

Feature of Lisbon, as well as many of the major cities of Portugal, is the large number of traffic circle, and they are always considered to be the main road. Other items are more or less standard, and for their violation includes the following fines:

As the guardian of a centuries-old history, Lisbon win its colorful mosaic of roofs of houses, on the background of the sparkling emerald waters of the majestic ocean. And to all who come to explore the capital of the great navigators, touch the idyll and enjoy plenty of unique charm will not without the help of a car leased for the duration of your stay in Lisbon.

Insurance on all the rules

Under the contract rent rental companies already include points about insurance options. As elsewhere, when renting a car in Lisbon, the client will offer a standard package including insurance against fire, theft and liability to third parties. Portuguese drivers are not included in the list of the most disciplined, so make yourself feel better to buy a complete package with a zero deductible, and carefree enjoy the journey.

As with any capital city, to find a place for free parking in Lisbon is the problem of increased difficulty. The situation is aggravated relief, many old narrow streets and the influx of tourists. Authorities Lisbon solve the problem with the help of paid parking and one-way traffic. If on one of these streets lucky enough to find a free place to park your car for free, then it should be done only in the direction of movement, to avoid a serious penalty.

Regarding the paid parking in the Portuguese capital, the same rule of division into tariff zones, as in other EU countries. The most expensive parking in a red zone, where the car can be put 2 hours, followed by the area with yellow and lower total payment for parking will cost in the region of the green. Special machines for self-service, located in close proximity to allow pay for the service, but often renting them is not provided, instead remaining amount will be converted into extra time.

But what will not have any difficulty with is filling the tank of a vehicle. Across the city built a network where available basic fuels. To pour 10 liters of gasoline in a car, prepare at least 17 euros, and for the same amount of diesel fuel will have to pay about 13 euros.

Important: using the services of car rental companies, do not forget about one nuance and update it during the registration of the contract: the return of the auto fuel volume in the tank should be the same as the time of receipt.